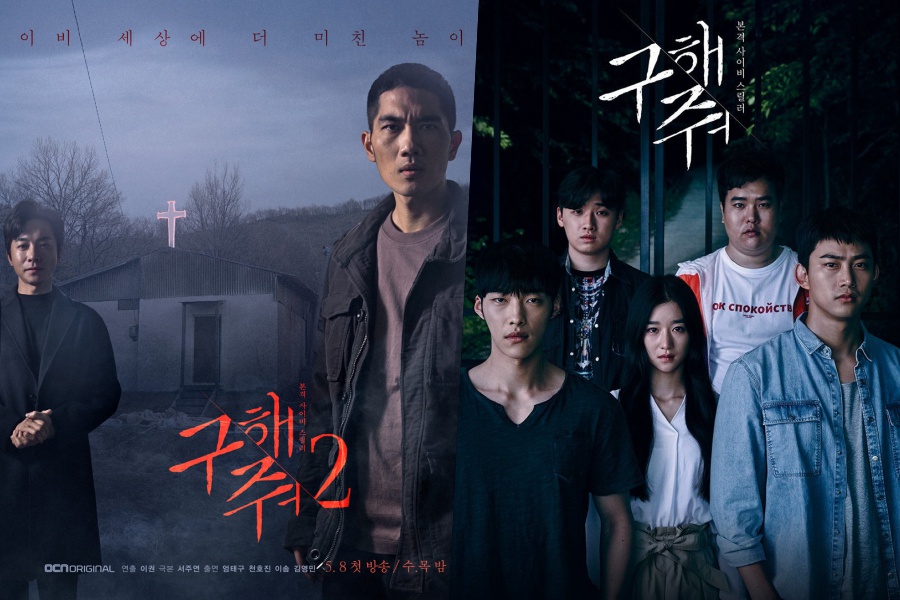 If you’re reading this, I assume you’ve watched the first “Save Me” (2017) and have either begun the currently-airing “Save Me 2” or are at least mildly curious as to what all of the hullabaloo is about. Or else you’re my family, to whom I’ve sent a desperate message enlisting you all to read my work. In all cases, I quote the renowned words of Mia Thermopolis as I warmly thank you for being here today.

Starts off first blog post with a reference to “The Princess Diaries” while tackling two pseudo-religious cult dramas as subject matter…an auspicious start.

Let’s just dive right into it with some comparisons between the two dramas so far:

Most of us are aware of this by now, but I’ll say it again for the people in the back: “Save Me 2” is not a sequel of “Save Me.” Don’t go into the second season expecting a continuation of the same story, or any of the same characters.

In fact, aside from the umbrella theme of a religious cult and the generally creepy vibes overall, the only thing the two dramas seem to share thus far is Jo Jae Yun:

“Save Me” follows a young woman whose family is trapped in a pseudo-religious cult. Although isolated from society in the cult’s commune, she — along with four young men — risk their lives to expose its evils.

“Save Me 2” surrounds a town whose quiet existence is interrupted when a smiling church elder enters their lives. Unfortunately, the only one suspicious of the newcomer is a delinquent young man whose reputation isn’t exactly trustworthy….

Sang Mi (Seo Ye Ji) of “Save Me” is intelligent, quick-thinking, and courageous. After multiple failed attempts to escape the cult, she sets a plan into motion to expose it to the outside world, but not without the help of four friends. Through years of abuse and horrors, Sang Mi perseveres and proves she is a force to be reckoned with.

Although Young Sun (Esom) in “Save Me 2” is still developing as a character as the drama airs, she has already proven to possess a quiet strength and endurance, working relentlessly to support herself and her mother while putting herself through school. Her older brother Min Cheol’s re-entrance into her life proves a difficult transition that brings up unpleasant memories she would just as soon forget.

Sang Hwan and Dong Cheol (played by 2PM’s TaecYeon and Woo Do Hwan, respectively) are the two male leads of “Save Me.” Sang Hwan is a natural leader who isn’t afraid to speak his mind. He is the first to reach Sang Mi and give her hope she holds to fiercely for the rest of the drama: the knowledge that she is not alone.

Dong Cheol is thoughtful and focused, with a strong sense of justice that often gets him into trouble since he won’t back down from a fight. He fearlessly volunteers to enter the cult willingly and work from the inside. Along with two other close friends, Sang Hwan and Dong Cheol risk their lives executing their plan to save Sang Mi and expose the evils of the cult she is trapped in.

Our leading male of “Save Me 2,” Min Cheol (Uhm Tae Goo), is unconventional to say the least. He is violent and abrasive, and can usually be found either gambling or drinking when he isn’t getting into fights. Min Cheol is one of the first in our drama to see through the phony church elder’s charade, but is having a difficult time finding evidence to prove what he knows.

Min Cheol and his younger sister Young Sun are not close — a rift intensified by the years he spent in prison. However, the two seem to share a deep bond, perhaps due to the violent abuse they endured as children. Whatever unspoken memories lay beneath the surface, each interaction between the siblings is teeming with tension. The brother-sister dynamic is by far my favorite relationship in the drama and I’m eating up every minute they share on-screen as we watch them ever-so-slowly begin to unfold.

This may seem like an odd category, but one of the first things that struck me as I began “Save Me 2” is how genuinely funny it is at some parts. The drama contains a lot more comedy relief than one might initially assume, especially considering its categorization by most as a psychological thriller.

It is actually quite disconcerting to find myself watching this heavy, dark drama…and chuckling like a goof at certain parts. *slow clap to director Lee Kwon for getting me to feel slightly psychotic as I laugh during a religious cult thriller drama* Well done, sir. If that isn’t psychological thrill, I don’t know what is. I suppose that just as quiet is much more significant after noise, terror is far more acute when surrounded by lightheartedness.

“Save Me” — on the other hand — is essentially void of comic relief. If you’re looking for a break between the tension, this isn’t the drama for you (but it’s utterly excellent, so I mean…you should give it a shot anyway). Thank goodness for David Lee‘s brilliant comedic timing in his portrayal of the lovable Jung Hoon, whose cheeky attitude (especially with his cop father) provides some of the drama’s sparse lighter moments.

Through all of the comparisons between “Save Me” and “Save Me 2,” the two dramas both raise some thought-provoking questions:

4 thoughts on ““Save Me” vs. “Save Me 2”: comparing OCN’s religious thriller series”